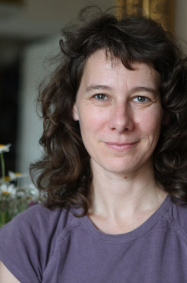 From the very moment we are born, much before the first smile and our first words, it is through movement that guided by our curiosity we learn about ourselves and our environment.
In the first years of our lives we continue investigating our body, its possibilities and boundaries. Through play we enjoy the movements of rolling, crawling and tumbling, headstands and tireless jumping and running. When responding to music in our first attempts at rhythmic dancing, we are wholeheartedly encouraged by all around us.
Yet very soon and still during our childhood that incredible bodily expansion is suppressed, since children ‘have to’ sit quietly, stand still, walk calmly and generally yield readily to the norms of adulthood; the norms which regulate very strictly how and when one may dance. And adult world dances only very rarely.
If you succeed in resisting this standard growing up story even for a brief moment, if you manage to find a trace of that hidden child in you and break into dance for no special reason, you’ll do something special for yourself. And maybe you inspire others to do the same.
Maybe the International Dance Day is just the right day to give it a try?

Irma Omerzo was born in 1969 in Zagreb where she presently lives.
Dance education:
1989-1991 – contemporary dance education at the National Centre of Contemporary Dance in Angers (CNDC Angers), France
2009-2012 Feldenkrais Training programme at Accord Mobile in Paris, taught by Myriam Pffefer
After collaboration with the choreographer Andy Degroat in France, she entered the Company DCA (1993-2001), under the artistic direction of Philippe Decouflé. She danced in the performances: Petites pièces montées, Denise, Decodex, Cérémonie de Festival de film à Cannes, Abracadabra, Triton 2ter, Shazam. She was the assistant to the choreographer in the performances: Shazam, Cyrk 13 and Tricodex. From 2003 till 2005 she was a member of the F.V. Company in France under the artistic direction of François Verret. She danced in the performance Chantier Musil.
In 2001 she founded MARMOT, the artistic organisation whose projects are being increasingly recognised at the international contemporary dance scene where they often represent Croatian contemporary dance.
She is the author of the performances: Meteo (2012.), Technique (2011), Nothing (2010), Visit (2009), Third short programme – Trisolistice (2008), A suit doesn’t make a man (2008), Foto-plession (2007), Short programme No.1 (2006), Eurovision (2005), „It’s not my cup of tea…“ (2003), Mi-Nous (2001).
She is the author of the dance films: Dancing with… (2012), Expecting Nikola (2009), Trisolistice (2008), In our city (2003), Why do I love dance? (2002).
She is the author of the conceptual and socially engaged dance projects: Some strange kind, Questionnaire for the dance audience, The dance space, All for 10 Kunas and of the research project Let’s go on with movement!.
Together with Damir Bartol Indoš and Vili Matula she is the co-author of the theatre performance Swinging (2001) and Who are you and what gives you the right? (2011). She collaborates with the visual artists Igor Grubić, as a choreographer on internationally awarded video work East side story, and with Boris Greiner in experimental films November and Secret agent L. Flint.
She works as a movement assistant in theatre performances, as well as performances for children directed by: Robert Waltl, Mislav Brečić, Senka Bulić, Zlatko Sviben, Oliver Frljić, Aleksandar Popovski and others.
In 2011, on the occasion of the tenth anniversary of MARMOT, she received the annual prize of the Croatian Association of Dance Artists (UPUH) for her choreographic and pedagogic work, and for her efforts in improving the position of dancers and the Croatian contemporary dance scene in general.
In 2012 she received the special price „Zlatni smijeh“ at the festival “Dani satire” for the choreography in the performance Anything goes by Dubravko Mihanović, directed by Oliver Frljić.
For many years she has held workshops and dance classes in Croatia and abroad (France, USA, Japan, Slovenia, Ukraine, Estonia…)
She uses Feldenkrais Method as a principal means of broadening her knowledge about the human body and its potentials, in her artistic as well as pedagogical work. As a certified educator she gives regular ATM and FI sessions as well as Feldenkrais workshops.